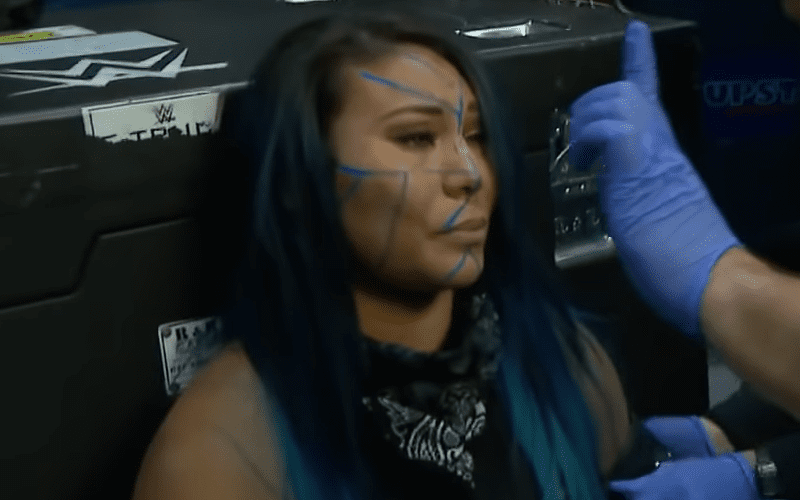 Mia Yim had her moment at NXT TakeOver: WarGames stolen from her and she’s not happy about it. She had a broken nose and might not have been cleared, but she did get physical during NXT’s invasion of SmackDown. Either way, she’s coming for her attacker.

Yim posted a note saying that she has a pretty good idea who took her out. Now she’s coming for revenge.

I put my guard down, that was my mistake. But I’m sure I know who took a history making night away from me, and that’s their mistake. What doesn’t kill me better run..#HBIC comin for you. #WWENXT

We’ll have to see what’s next for the HBIC of NXT. She lost a big opportunity last night, but sold the backstage attack like a champ. Dakota Kai ended up taking her spot and then using that chance to turn heel in an attempt to screw over Rhea Ripley.

Let’s see where Mia Yim starts her hunt to discovery this mystery attacker.