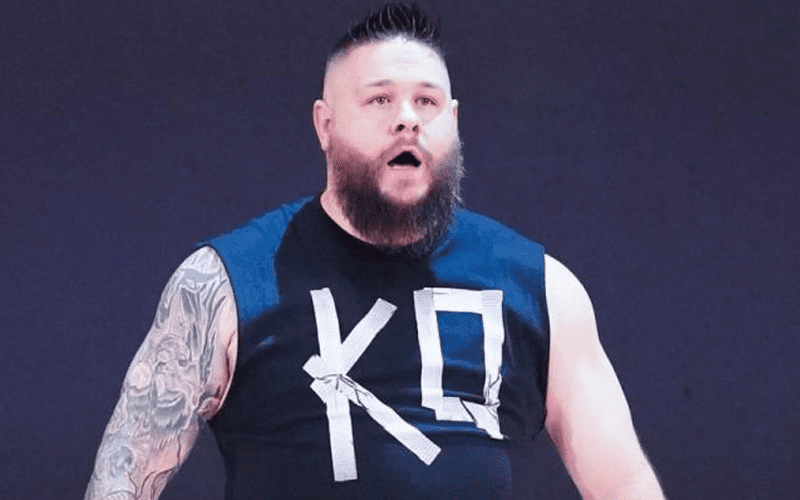 Kevin Owens showed up at NXT TakeOver: WarGames as a big surprise. We’re not sure if he’s sticking around NXT for good, but it was nice to see him get such a pop in Chicago.

Brad Shepard reports that WWE didn’t really try to hide Owens backstage as they do with some surprises. He was walking around and in full view of all the Superstars around.

For whatever reason, while KO was backstage, they didn’t try to hide him from everyone as they sometimes do with surprises.

Kevin Owens is a WWE Superstar so it shouldn’t have been a big red flag to see him backstage at TakeOver. The fact that he was in his ring gear might have been a clue that he was preparing for a match. It was a very nice touch that KO was wearing his old NXT t-shirt as well.