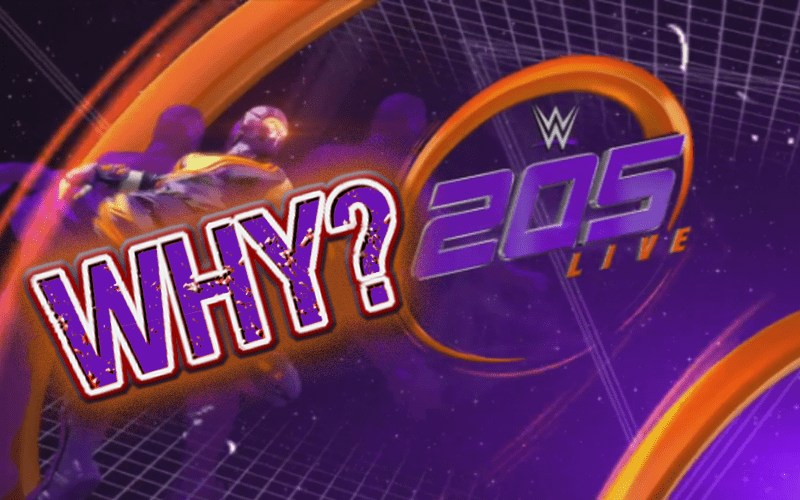 WWE pulled 205 Live from the WWE Network lineup this week. Some fans were a bit worried about the future of the brand, but it seems to still be intact for now and they had a reason for canceling the show this week.

Ryan Satin reports that a source told him that WWE pulled 205 Live from the air this week because of the D-Generation X segment that was planned to close out the night. You can click here to see that segment and it looked like a good time.

Friday Night SmackDown ended in a big NXT invasion angle and they just didn’t want to reset the stage for 205 Live. Apparently, it was enough for WWE to pull the entire 205 Live broadcast.

In case it’s not evident at this point, sources implied to me earlier today that 205 Live was cancelled tonight due to the big end of show angle with DX leading an NXT invasion on SmackDown — not the show being in jeopardy of getting cancelled permanently.

205 Live might not be going anywhere, but that doesn’t mean all of the Superstars are happy about how WWE is treating the purple brand.