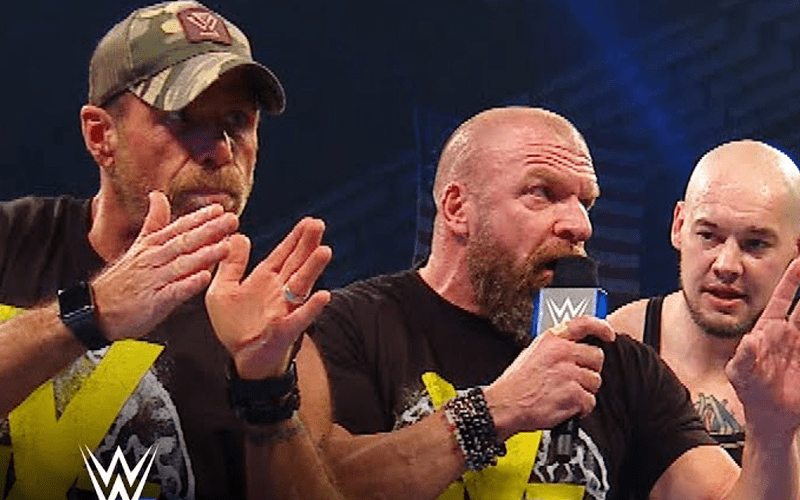 NXT invaded SmackDown last night which meant that DX was in the building. They opened the gate for NXT to invade and paid a great homage to WWE history in the process.

After SmackDown was all said and done, DX made an appearance and they had a lot of fun. Of course, King Corbin might not have appreciated it too much.

After SmackDown was off the air this week, Shawn Michaels, Triple H, and Road Dogg came to the ring. The Chicago fans were very excited to see this mini-DX reunion. They had the crowd hyped and everyone was excited to start their Survivor Series experiences.

You can watch the clip below. Everyone had a great time messing around with Baron Corbin. In the end, King Corbin took some finishers from DX and everyone yelled: “Suck it” the way it should be.