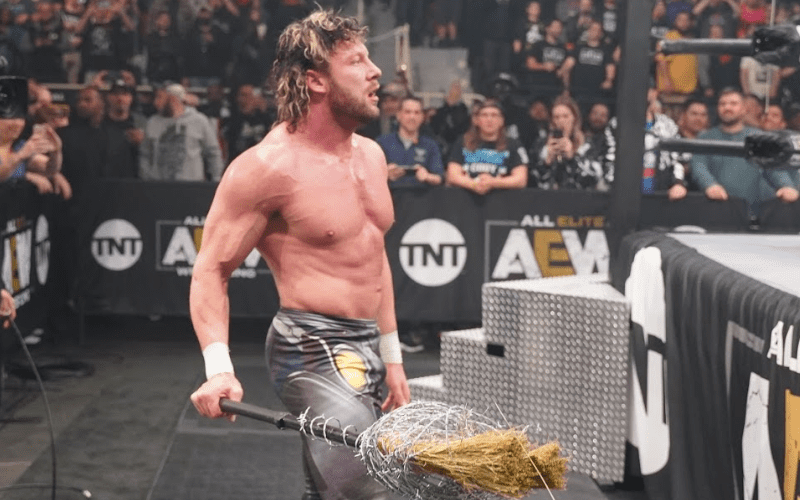 AEW provides the best pro wrestling alternative possible for their fans. Their stars are professionals and capable of holding their own in a number of situations including having a match on the fly.

While speaking to Wrestling Observer Radio, Kenny Omega revealed that sometimes he doesn’t have time to prepare for his own matches in AEW. He is producing four to five segments a week on Dynamite so it can get rather taxing.

The Cleaner went on to reveal that due to how much he has to do, a big tag team match he had just a few weeks ago was actually called in the ring for the most part.

“I can recall a match three weeks ago… three weeks ago? It was a tag match. It was myself and Hangman Page against Sammy Guevara and Chris Jericho. If it wasn’t for me having trust in Hangman and you know, Chris just being who he is. You know, we pretty much just went out there at least in my section anyway of the match. It was all just working on the fly and make sure we hit our times, that’s it.”

That tag team match went pretty well and most fans might not have been able to tell it was greatly improvised. As Kenny Omega continues as a star with AEW and an Executive Vice President there are likely to be a lot of situations like that to come up in the future.