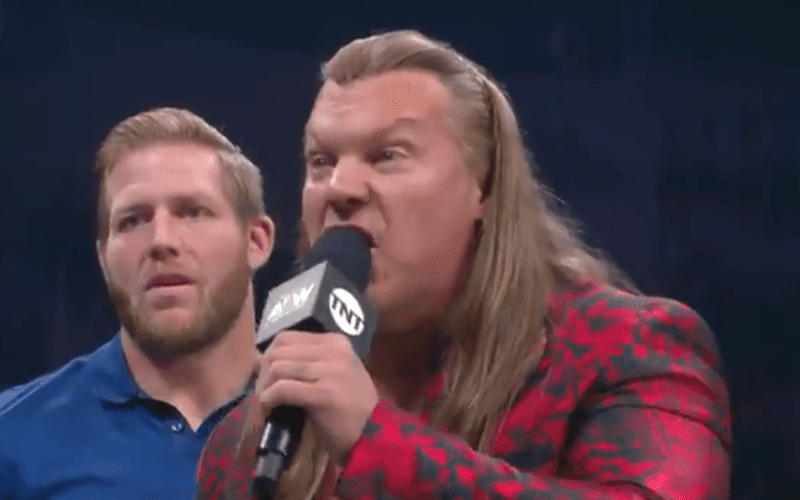 Chris Jericho can do a lot of things very well, but he might not be the best at apologies.

On last night’s AEW Dynamite, Chris Jericho and Jake Hager had a segment in the ring where Y2J had Hager say “sorry” for him each time he needed to use the word in a sentence. Apparently, this is something that Chris Jericho has wanted to do for a very long time.

Dave Meltzer explained on Wrestling Observer Radio that “there’s a story” behind Jericho’s promo. Jericho’s segment was reminiscent of something that Fonzie did on Happy Days and it took over 30 years for Chris Jericho to make that promo happen for real.

“Chris Jericho grew up and he was a giant fan of Fonzie and Happy Days and there was an episode of Happy Days where I guess Fonzie was supposed to apologize for something. Basically, what you saw with Jericho tonight is what Fonzie did.”

“So, Jericho has been waiting since he watched the episode of Happy Days to do this promo. So I don’t know how many years this has been, but […] probably 30 or more years.”

Chris Jericho is very good at inserting things he likes into his promo work. After all, he does really enjoy a little bit of the bubbly. It only stands to reason that he would pay tribute to Fonzie when he was given the chance.