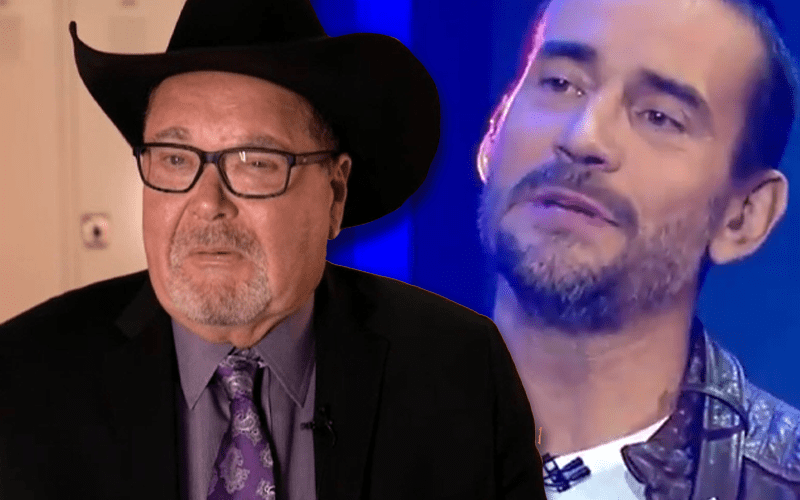 It’s been a long time since CM Punk was in the WWE fold. He wasn’t shy speaking about losing touch with “work acquaintances,” but he didn’t delete everyone’s number from his phone.

CM Punk revealed on WWE Backstage that he still communicates with Jim Ross. After his big surprise appearance on WWE Backstage, the AEW announcer even texted Punk about it.

“Jim Ross [texted me] but that’s not odd because Jim is still someone I text back and forth with.”

Obviously, Jim Ross wasn’t able to sweeten the deal for Punk to make a jump to AEW. After Tony Khan’s comments toward CM Punk it’s likely that there could be a bridge to repair in that situation.

You can never say never in professional wrestling, but right now CM Punk doesn’t even seem interested in lacing up his boots again in the first place.