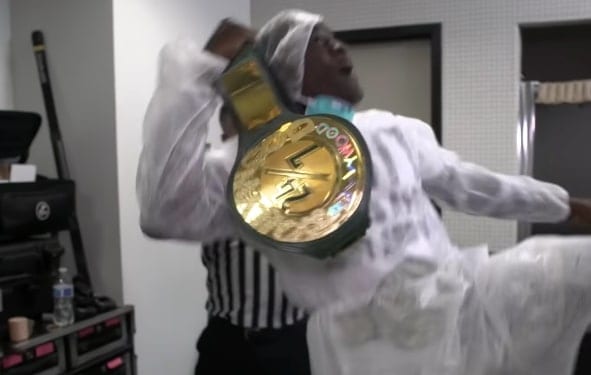 When it comes to the 24/7 Championship, there are very few people – if anyone – to have had a greater influence on the title than R-Truth. While he may not be everyone’s cup of tea, he definitely knows how to make the WWE Universe laugh, and not many superstars can say that nowadays.

While he should never take up too much time on RAW with his 24/7 Title antics we do believe it’s an important part of the show, because the comic relief helps to make up the ‘show’ as a whole.

Truth has been embroiled in a rivalry with The Singh Brothers as of late, and as it turns out, he actually got the better of the brothers off the air last night.

It’s all well and good to not like the idea behind the belt because some people just prefer a more serious product. Alas, these guys are committing themselves to these ideas, and we’re all for that.

It might not be the one and only idea that helps to get RAW over as the dominant show over SmackDown, but it doesn’t need to be – as we’ve already established.

The Singh Brothers have come a long way since the Cruiserweight Classic and Jinder Mahal days, especially when you consider that they were tipped to be ‘one and done’ after the Classic, only for WWE to take a chance on them.

Given the comedy value we’ve had out of them, we’d say it was a smart idea to keep them around.