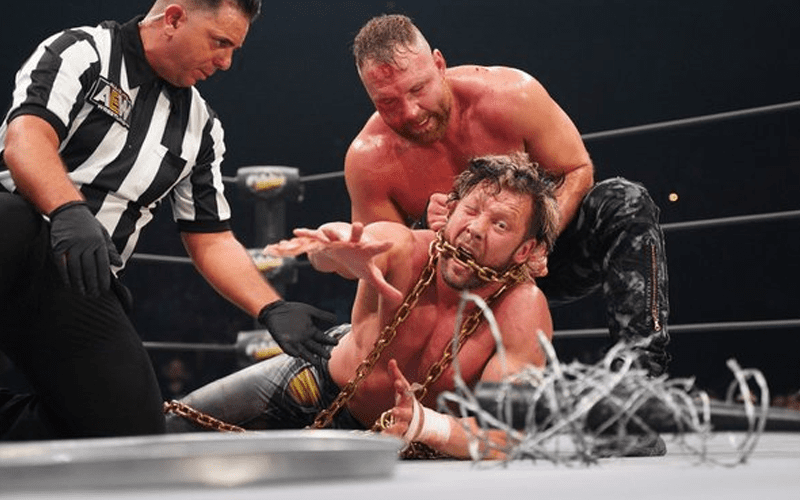 Jon Moxley defeated Kenny Omega in a lights out match that didn’t technically count at Full Gear. This loss might not be reflected in the record books, but Kenny Omega hasn’t forgotten about it.

During Wrestling Observer Radio, Dave Meltzer commented on a bit from Being The Elite that points toward a brutal rematch between Mox and The Cleaner.

“We may be getting another Jon Moxley/ Kenny Omega hardcore match because the story is Omega being obsessed with beating Moxley, but not beating him in a wrestling match, but beating him at his own game.”

Moxley vs Omega drew a lot of attention as the unsanctioned conclusion of Full Gear. It’s hard to think about what they might try next because they didn’t leave many hardcore gimmicks out of that first match. Apparently, Kenny Omega isn’t quite done with Mox yet.