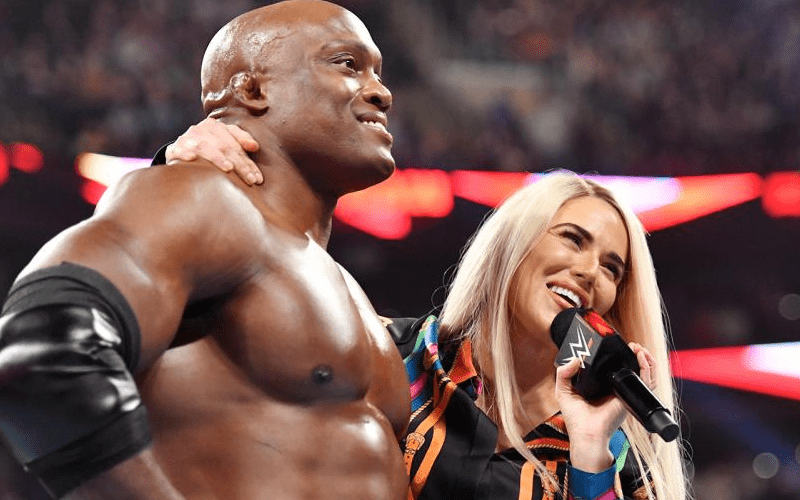 Lana and Rusev came out this week on WWE Raw and she announced that papers had just been filed to divorce Rusev. That’s not all, because she also filed for a restraining order.

At first, Lana botched her line and Bobby Lashley had to correct her. Then she messed up her line again. Dave Meltzer noted on Wrestling Observer Radio that WWE scripted that first mistake, but the second one was all on her.

“Somehow she said 90 days which she wasn’t supposed to say. So, she did, in fact, screw up — I thought the 90 miles had to be a screw-up, but in fact, that actually was part of the script.”

Bryan Alvarez mentioned how Lana and Rusev must be thinking about 90 day no-compete clauses for some reason. That was a funny take on this mistake from the Ravishing Russian. So, Lana was supposed to mess up last night on Raw, but she just wasn’t supposed to mess up that much.