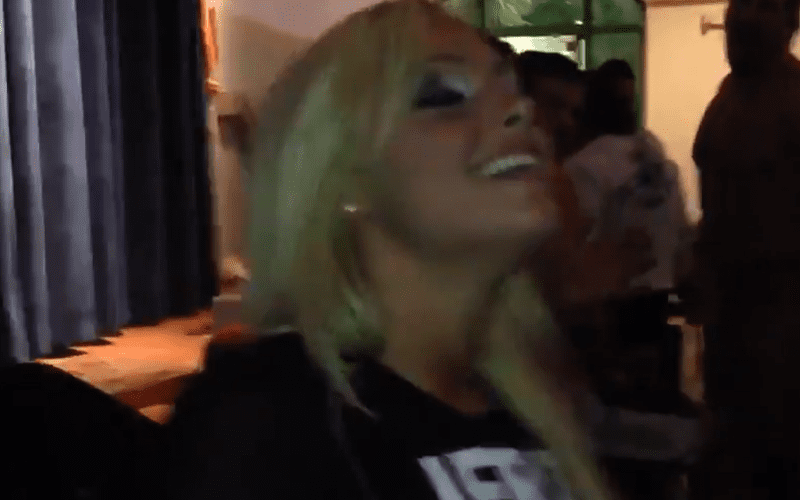 Liv Morgan started in NXT and gained enough experience to become a member of Riott Squad on the main roster. After Morgan was moved to SmackDown, the stable broke up, but fans are patiently awaiting to see what is next for Liv Morgan.

Morgan teased a darker side of her character recently. WWE is keeping Liv Morgan hidden right now and we’re not certain when she’ll be seen next. She was moved back over to RAW as part of the WWE Draft, but nothing else has happened since.

June 27th, 2015 was Liv Morgan’s first time wrestling at an NXT event. The IIconics and others were there to greet her backstage as she welled up with emotion.

Morgan posted this video that we’ve never seen before showing that there was a camera right backstage at the time. This is a moment that Liv Morgan will never forget. Perhaps, she is getting her fans ready for the next chapter of her career since it’s been months since we last saw her.