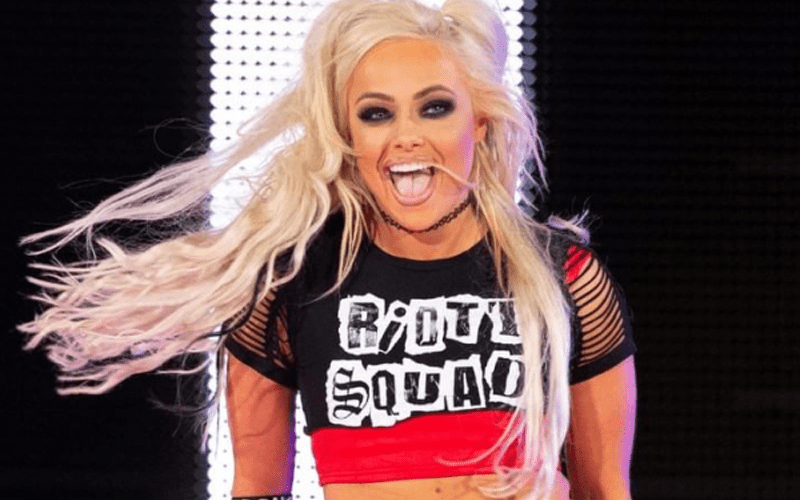 Liv Morgan’s move to SmackDown Live effectively ended the Riott Squad, but then fans didn’t see her at all for months. Now she could be making a return in a much different way.

Morgan appeared on SmackDown Live one time since her move during the Superstar Shake-Up. She lost to Charlotte Flair and then lost it on the microphone. Morgan said that she’s going away and when she comes back, she’ll “be real.”

We’re not sure what that means, but Morgan was spotted sulking in the rain. She also teased cutting her famous pink hair.

Fightful Select reports that Liv Morgan is being held off from performing. This isn’t something that WWE typically does, but they don’t want her in front of a live crowd before her repackaged debut.

Liv Morgan and Ember Moon were set to have a dark match and then Vince McMahon canceled the match. This is when Heavy Machinery and B Team had to wrestle in their place.

Generally WWE doesn’t have people work without warming up, but didn’t want Liv Morgan in front of the live crowd before she was repackaged

We’ll just have to see how drastic of a different look Liv Morgan could have next time around. She has a very diverse character, so this could be fun to watch her explore a new side of herself.