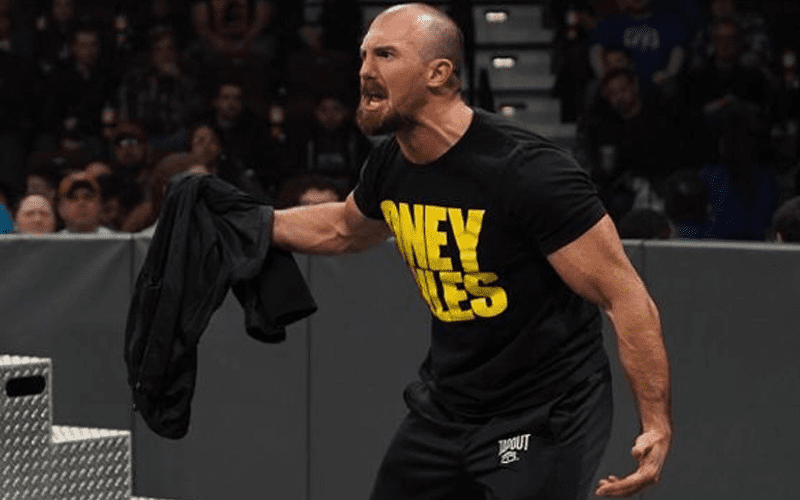 Oney Lorcan requested his WWE release recently, but the company has not granted it to him at this time. There could be some internal pressure to start granting release requests, but Vince McMahon doesn’t seem to be changing his mind.

During Wrestling Observer Radio, Dave Meltzer discussed Oney Lorcan. Apparently, he hasn’t been happy for a while. This could also be amplified by the fact that he is in his prime and wants to compete at a high level while he can.

“You know if you’ve got like a year to go and I know that a year is a Hell of a long time and in wrestling prime is very fleeting and Oney Lorcan is almost 34 so it’s probably like you’re getting to that stage of ‘Man I know I’m good and I’m never gonna get a chance to show it here, but if I wait three years to get out of here, you know maybe I won’t be so good, maybe I’ll be more banged up? I need to get out of here.’ Maybe that’s what’s weighing on his head.”

Vince McMahon makes the final decision about a WWE Superstar’s release. He can fire or hire as he pleases. It doesn’t seem that he is releasing any more Superstars into the pro wrestling landscape, especially when it is so full of competition. We’ll keep you posted just in case he starts changing his mind.