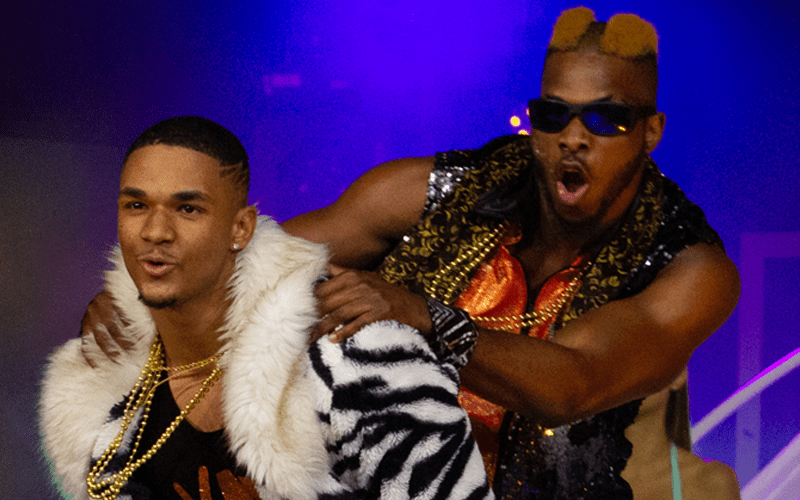 You never know who will watch your content when you put something on YouTube. Sometimes nobody sees a video except for the friends you personally send a link to. Other times Matt Jackson will watch the clip and you’ll get an AEW contract.

While speaking to The Herald Bulletin, The Young Bucks said they wanted to give a platform to some great wrestlers who haven’t been seen. This is one of the reasons why they brought in Private Party. Matt Jackson said all it took was seeing a one-minute YouTube video and he wanted to sign them.

“I watched a 60-second YouTube clip and I said, ‘Yep, we’re signing them. It’s fun to see that the television product is working because nobody knew these guys a couple months ago. And now Private Party, a graphic of them can appear on the big screen, and the entire arena goes nuts. So it’s proof in the pudding, it’s proof it’s working and we just have to keep going.”

The Young Bucks are obviously big fans of Private Party. They lost to them in the opening round of the AEW World Tag Team Tournament, after all. We’ll have to see what’s next for Private Party next, but their story is just starting in AEW.