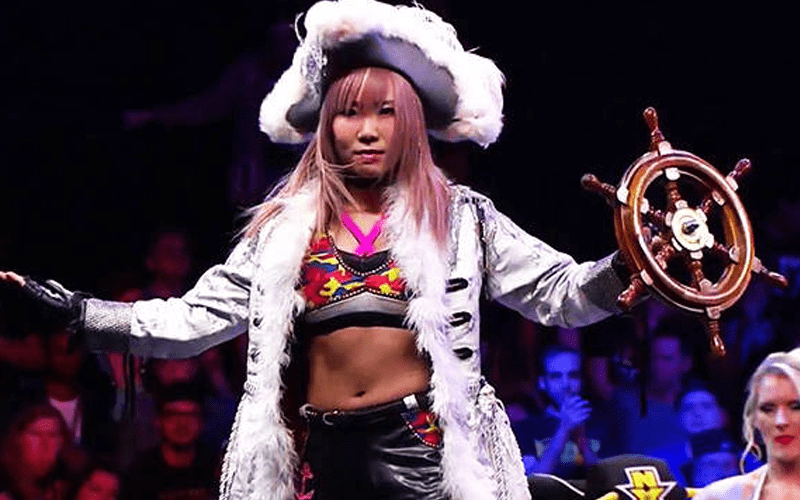 WWE Superstars aren’t all happy with the company. Some have requested their releases from the company, but others just wait out their deals.

It was noted on Wrestling Observer Radio that Kairi Sane’s WWE contract is up early next year unless The Pirate Princess signed an extension. Dave Meltzer followed this up by saying that Asuka seems happy in the United States, but Kairi Sane might want to explore other options.

“Kairi Sane, I could definitely see her leaving. I don’t know that she’s gonna leave, but she’s definitely expressed interest in exploring other options.”

Kairi Sane is only 31 years old. She has a lot of time left in the pro wrestling industry and the former NXT Women’s Champion still performs at a very high level. She could apparently see herself making a bigger mark outside of WWE and only time will tell if they can convince her to stay.