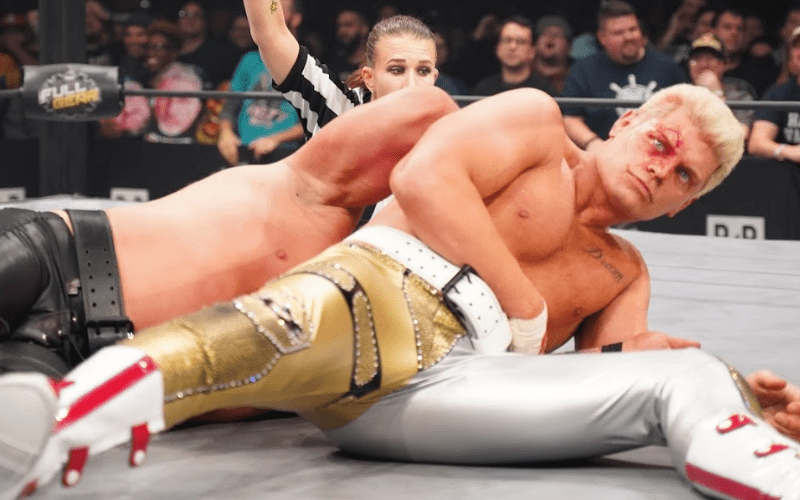 AEW Full Gear included a big stipulation in the Cody Rhodes vs Chris Jericho match. If Rhodes was unable to win the AEW World Title then he will never get to challenge for the belt again. The American Nightmare lost and AEW intends on sticking with this decision.

A lot of fans thought it was very interesting that Cody Rhodes would immediately take himself out of the running for any future AEW World Titles shots. The Wrestling Observer Newsletter noted that the company created such a harsh stipulation as a way to prove to fans that they are serious about their stipulations and match consequences.

Those in the company are insistent that is exactly what will happen, and that this is step one in trying to teach people stipulations matter.

Win/loss records in AEW will reset so we’ll just have to see if this stipulation will eventually get overturned.

AEW could write a scenario where Cody Rhodes gets another AEW World Title opportunity. Odds are it’s not going to happen for quite a while if All Elite Wrestling wants to stick to their guns.