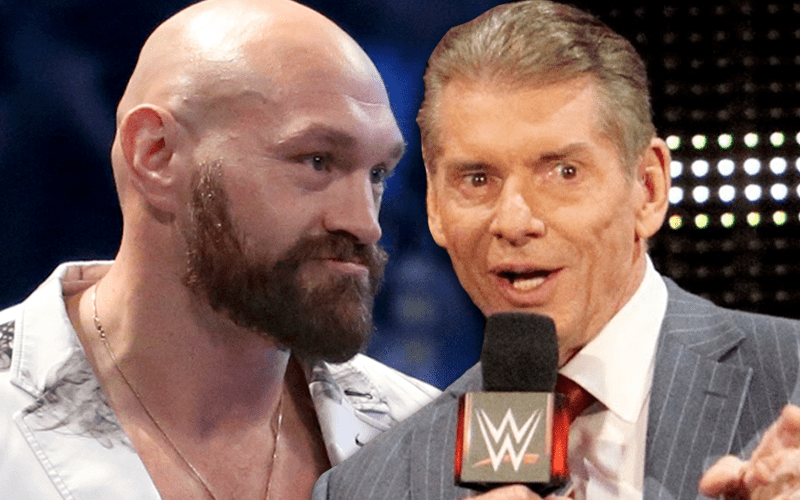 Tyson Fury knows how to put himself over and he is an incredible showman. This is one of the reasons why WWE was interested in bringing him in. Fury’s Crown Jewel performance came with very little training in pro wrestling for the undefeated heavyweight boxer, but he did hold his own against Braun Strowman.

While talking to TalkSport, Fury said that Vince McMahon has never seen someone pick up pro wrestling as fast as him.

“Vince McMahon said he has recruited sports stars from all different sports and he has never seen anyone come into their game, have a couple of training sessions, and pick it up like that. I looked like a natural in there!”

This might not be 100% true. After all, Kurt Angle is always going to be the shining exception to any rule and Tyson Fury was no Kurt Angle at Crown Jewel. It is still good to hear that Tyson Fury enjoyed his time in WWE enough that it felt natural to him.