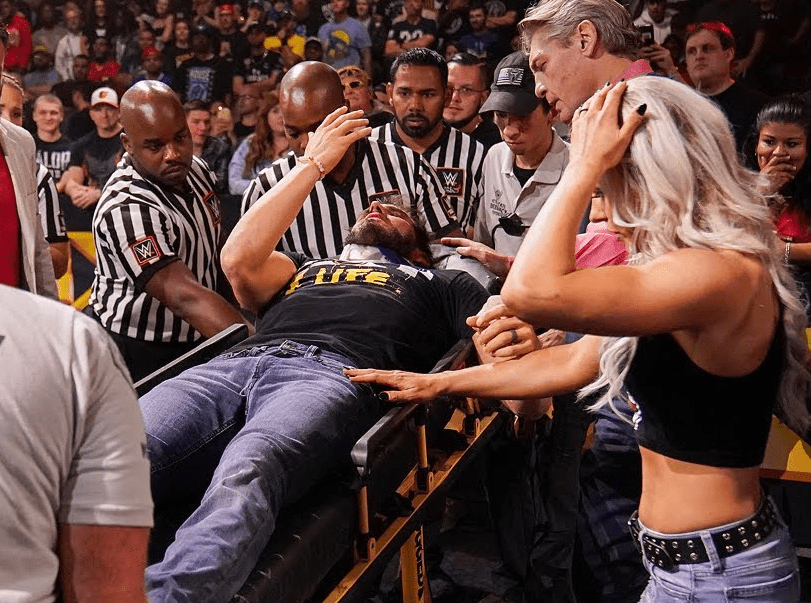 Johnny Gargano took a brutal brainbuster from Finn Balor when The Prince turned heel. That move was right on the metal ramp and it looked really scary. Gargano was wheeled away in an ambulance and is has yet to be medically cleared for a return. Now we know what his injury is.

We previously reported that Johnny Gargano is not working an NXT TakeOver: WarGames match. That is disappointing because many fans wanted to see him wrestle Finn Balor.

It was reported on WWE Now that Johnny Gargano’s injury is a cervical strain. At this time there is no known return date for the former NXT Champion.

Gargano was already working a lighter schedule than most NXT Superstars. This injury is ill-timed as it seems that Johnny Gargano’s momentum has been stalled once again due to injury.