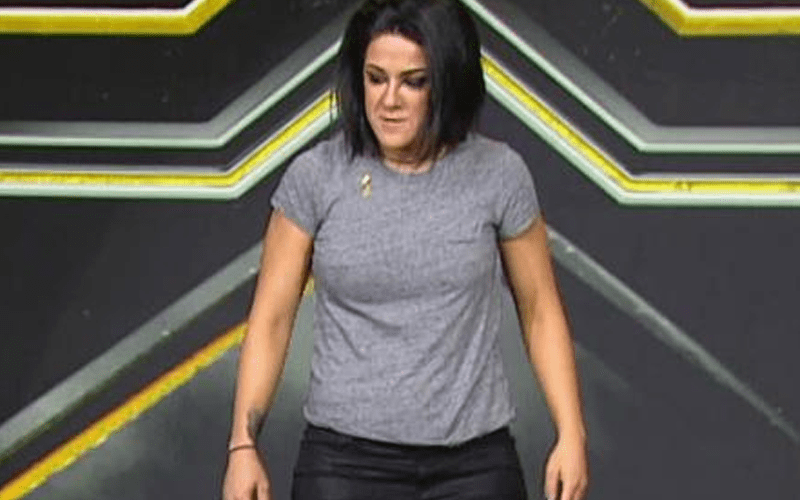 Bayley was not expected to show up during NXT this week, but she was able to appear during the show’s closing moments. The SmackDown Women’s Champion was just in Europe on tour, but she really made great time getting back to Florida.

After destroying Shayna Baszler in a sneak attack, Bayley revealed that she had to come directly from France to Full Sail Arena so she could take part in the angle.

Flew all the way from France today to destroy the division that @SashaBanksWWE and I built.

…all to destroy you @QoSBaszler

Baszler might be tired when Survivor Series rolls around, but that’s not likely to stop her from seeking revenge on Bayley. They both seem to be forgetting about Becky Lynch, but The Man is probably enjoying the show.