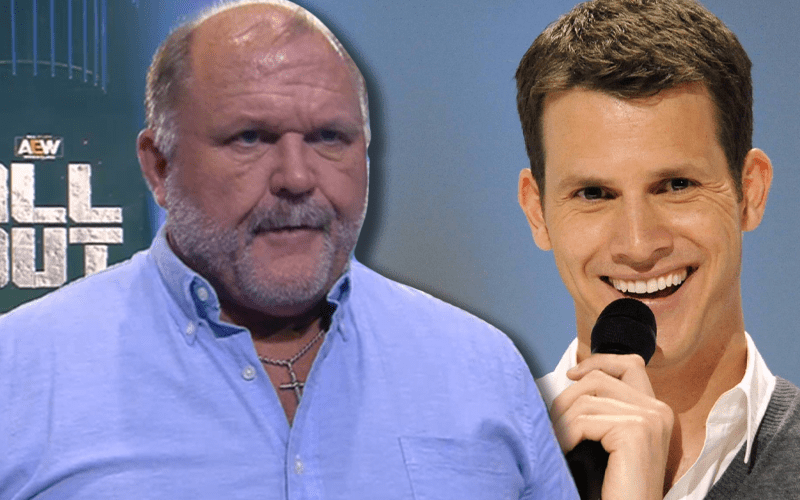 Arn Anderson says that fans have asked him for years what Daniel Tosh’s problem is with him. Double A admits that he had no idea what the issue was until recently. Now that he knows, Anderson doesn’t seem to care much.

This stems from Daniel Tosh not liking Arn Anderson from when he was a kid. Anderson jumped on social media and cut a little promo on the famous comedian and it doesn’t sound like he’s very remorseful for being an effective heel.

“Here’s the reality, Daniel. We come from different worlds. When you’re in that big house, got those luxury vehicles and got those network executives telling you what a big deal you are — security walking you everywhere… I come from a very different world.”

“I come from a shark tank. You got great whites, you got tigers, you got all different kind of man eaters — bull sharks, you name it. They’re all trying to rip you apart. We got some rules in my world, Daniel. One of them is you don’t pick a fight with someone that’s already pissed off. Don’t over match yourself in a fight either, it’s not a good idea. We got to find out one more thing, don’t we? We gotta figure out if your balls are as big as your mouth. See you soon, Daniel.”