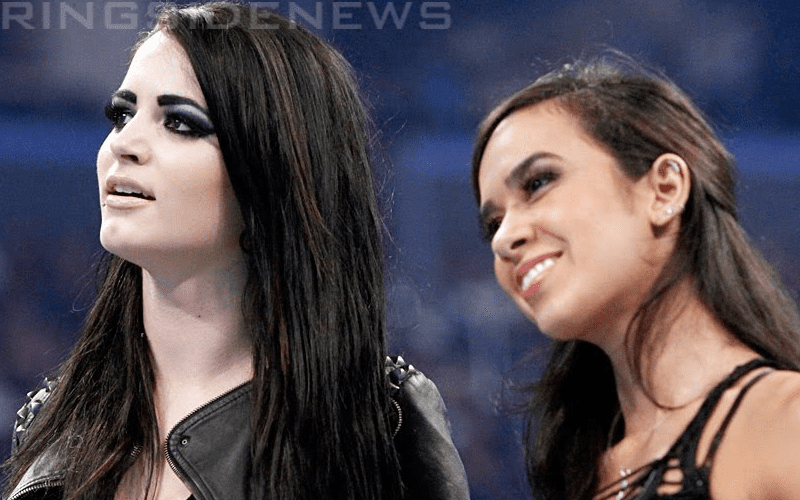 Last night the wrestling world went into meltdown as CM Punk made his return to WWE programming by appearing on WWE Backstage. While it may not have been the return to the ring that fans may have been hoping for, it’ll certainly be enough to get people talking about the possibility of him stepping inside the squared circle again.

Even the likes Booker T and Paige supposedly weren’t aware of the fact that the Straight Edge Superstar was going to be popping up on the night, with the latter making that clear with her reaction to the sudden appearance.

Now, though, the focus has already turned towards CM Punk’s wife AJ Lee and whether or not she would ever consider getting in the ring again.

It certainly doesn’t seem outside the realms of possibility, and over the years it has always felt much more likely that we’d see AJ compete in comparison to Punk.

Still, she seems to be really happy doing what she’s doing away from the wrestling world, and she’s already achieved a lot within the business. While she could come back for the sake of dream matches or to become Women’s Champion, there’s just no guarantee as to whether or not she’d still be the same AJ Lee we remember from back in the day.

Either way the fact that WWE fans get to see Punk talking about the business again is a big deal, and the direction from this point is going to be very intriguing.