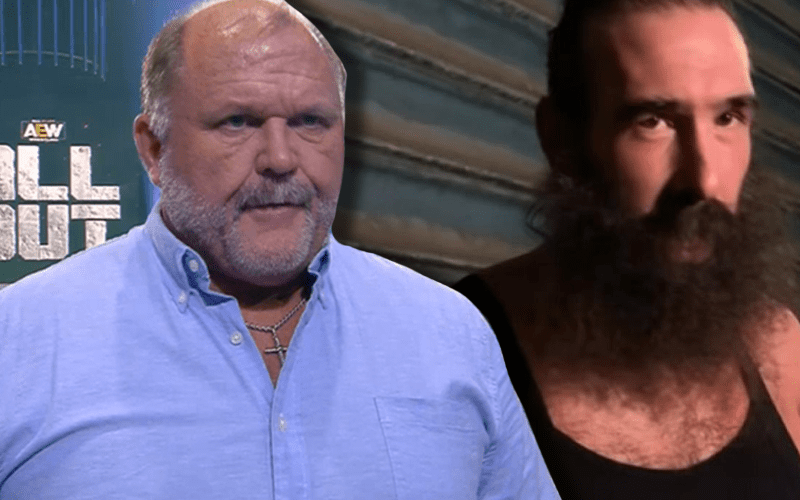 Luke Harper might not be too happy with WWE. He hasn’t re-signed a contract, but he did ask for his release from the company.

Wrestling Inc asked Arn Anderson about Luke Harper. He praised Harper for being big and having the ability to perform like he does. Arn also said Harper is a “throwback” and has a lot of value.

“A lot of guys wonder why I pick out Luke – Luke Harper is about 6’4″, he was about 300 lbs. and he trimmed down to I would probably say 250 lbs. His thought process before he goes to the ring, his planning, his ability to go out and whatever, if he has a lesser opponent, to be dominant, if he has an opponent of equal value, he knows how to get that guy over.”

“He’s a throwback to the days when a top heel knew what his job was. And was job was to feature the guy in the ring with him and make him a star.”

“Luke Harper is one of those guys and he’s big enough, and he’s rugged enough that he can make you believe anything he wants to. I just think a guy like that has so much value because he’s a big guy who doesn’t work like a big guy, if that makes any sense.”

Luke Harper’s career in pro wrestling doesn’t have to stop even if he does eventually leave WWE. We’ll have to see if WWE can change his mind, but he didn’t seem too happy about the Saudi Arabian travel ordeal.