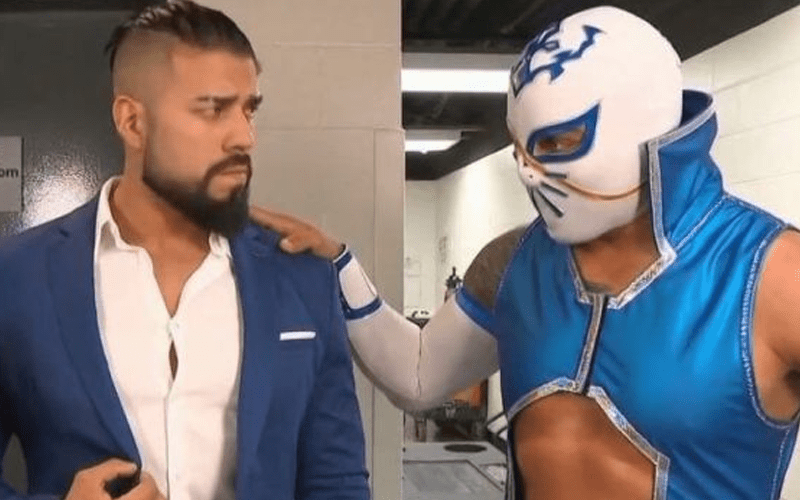 Sin Cara sent out a message to let fans know what he requested his release from WWE. It sounds like Andrade won’t miss him much.

Andrade fired back at Sin Cara’s release request by mocking him. The former NXT Champion said that he’ll be the “#FaceOfLatino” once the Faceless Man is gone.

You could not beat Rey Mysterio but If Sin Cara, run, withdraw or give up hahaha

Andrade could always be playing up his heel Tranquilo role in WWE with this tweet. At this time, WWE has not granted Sin Cara’s release request either.