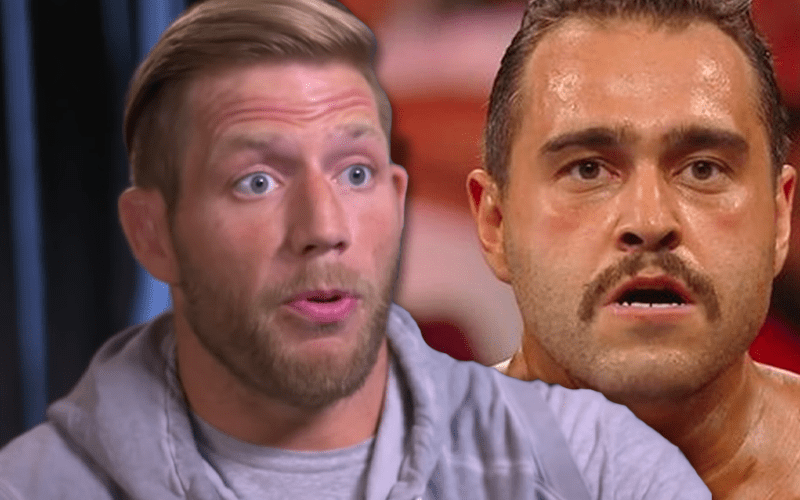 Jake Hager left WWE and it has paid off for him. He is still an undefeated Bellator fighter even after kneeing his opponent several times in the groin causing a stop to the fight.

We previously reported that one fan told WWE that he would be totally good with them canceling Rusev’s storyline with Lana and Bobby Lashley. Rusev fired back saying that nobody cares what this fan thinks.

Then Jake Hager replied back with a little bit of unexpected advice.

Leave her and that asshole company

We’ll just have to see if Rusev takes Jake Hager’s advice to heart. In the meantime, Rusev will carry on with WWE’s idea of who he should be. It’s getting quite interesting and we’re not going to spoil anything, but Lana’s big announcement is pretty… big.