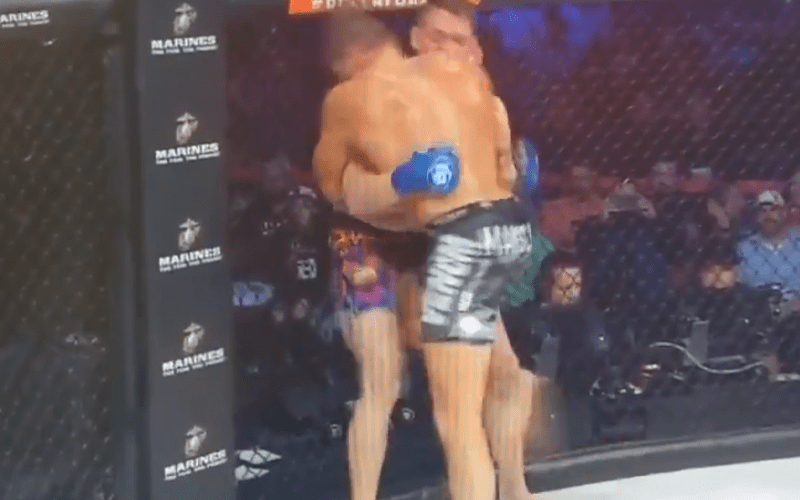 Jake Hager won two fights in a row with Bellator. Then he was set to face his biggest opponent so far in Anthony Garrett. That did not end the way either of them expected.

Hager’s fight at Bellator 231 ended in a no-contest. This came after Hager hit multiple knee strikes in Garrett’s groin.

This was not a decision that was received very well at all. The referee called the fight at 1:56 into the fight. Garrett was not able to continue after taking so many knee strikes.

We can only imagine how Chris Jericho will spin this one on AEW Dynamite next week.