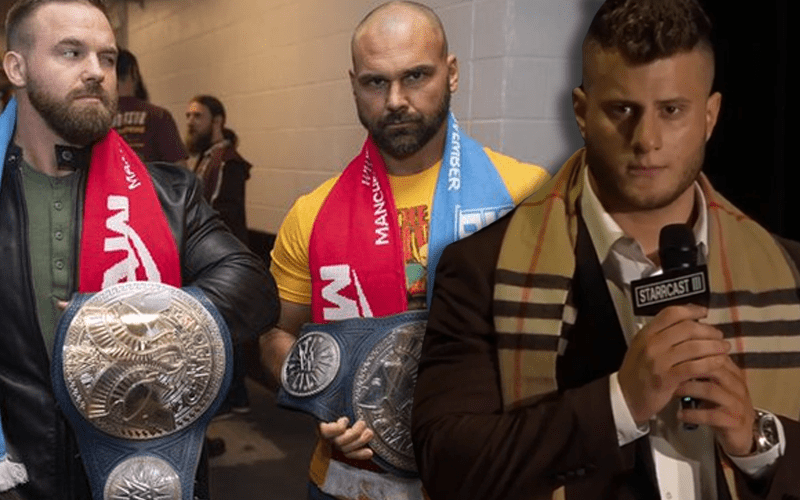 MJF gets a lot of heat for the things he says. It doesn’t really matter to him because the Salt Of The Earth is better than you. His Burberry scarf is just further proof of that.

The Revival could be headed to AEW. We’re not quite sure yet, but all we do know is that they have yet to re-sign huge WWE contracts that were offered to them. Scott Dawson and Dash Wilder seem to be having a good time as SmackDown Tag Team Champions. They both posed wearing WWE scarves while sending out a message to MJF asking:

MJF is this right?

MJF is very busy today with Starrcast IV starting, but he still had time to come up with a clever reply. He inserted an animated gif of Jim from The Office saying “so close.”