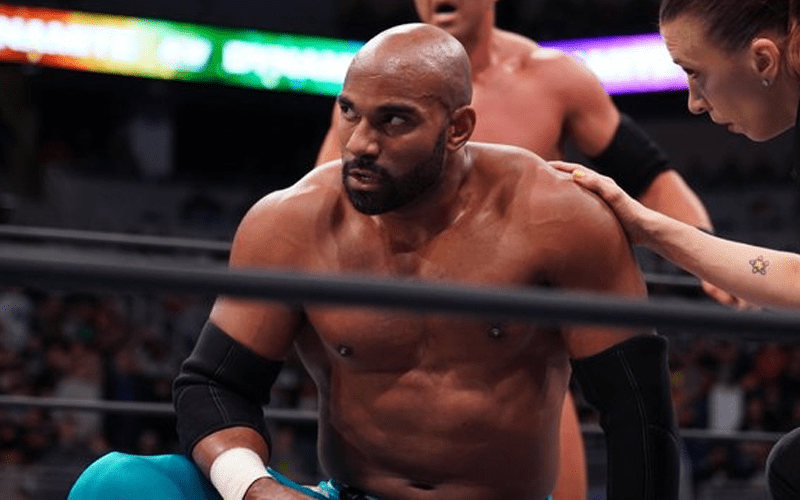 AEW’s first World Tag Team Champions are SCU. Scorpio Sky and Frankie Kazarian are enjoying a big push in the new company, but the past always has an ability of creeping up on you.

Scorpio Sky spoke to Chris Van Vliet about some homophobic tweets that he sent out 17 years ago. True, nothing on the internet really ever goes away, but he opened up about these poor social media decisions and owned them. It is not who he is now and Sky certainly learned from the situation.

“I had some bad decisions that I made where I said some things on Twitter that I shouldn’t have said that were very, very inappropriate and ignorant, actually, and it came off as homophobic, and that’s a very down point of my career, something I look back on with a lot of regret and at the same time though, I learned a lot from it and I definitely can look back, here we are, this is almost going on ten years later.”

Those tweets resurfaced as AEW made the announcement that they had signed Sonny Kiss and Nyla Rose. Scorpio Sky regrets those old tweets and opened up about this situation in full candor.

“I’ve learned a lot from it and I’m definitely a different person now than I was then, and I learned that there is certain language that is completely unacceptable and not only in the public eye, but in your personal life as well, and so, it’s a situation that I’m very embarrassed about and I look back with a lot of regret but at the same time, I learned from it and became a better person and a more understanding person.”

“There was a situation where not too long after we signed with AEW, someone tweeted at Nyla Rose and Sonny Kiss, and they said, ‘How do you feel about having this guy in the company’ and, you know, I don’t care if someone takes a shot at me, but to try and make someone else feel uncomfortable, I thought was kind of a real low shot.”

“So I reached out to them. I didn’t really know them that well at the time but I reached out to them. I said, ‘Hey, I had some things that I said almost ten years ago that I’m very embarrassed about and it was very ignorant and very inappropriate and I’m a different person today than I was then and I never want you to feel uncomfortable around me and we can always talk’, and they couldn’t have been more understanding and open and in my corner and to this day, the three of us are just great close friends.”

Scorpio Sky is a different person than who he was when sending out those tweets so long ago. It is possible for someone to change and a lot has happened in the past decade to change Sky’s perception.

“It’s been almost 10 years and, you know, I can’t say it enough: I’m a different person. I look back at those tweets. I embarrassed myself. I embarrassed my family. It’s one of those things where I’m going to have to live with it for the rest of my life. I’m going to look back when I’m 70 years old, the same way I do now, and think ‘what an idiot.’ Not an idiot for saying it publicly, but an idiot for just saying it… that is wrong in itself. That’s something you just definitely can’t do.

“There’s so much pain and anguish behind that word, and people that have really suffered the same way that my people have suffered. I like to think about is as we are all human beings and if your people suffered and my people suffered and we’re all in this together. Life is hard enough. We don’t need to make it harder on each other.”

Hopefully, Scorpio Sky being this open about his past mistakes will encourage others to do the same. It’s not a bad thing to learn from your mistakes as long as change occurs. It certainly appears that Scorpio Sky has done a lot of learning and growing in the 17 years since he hit the “send” button on those social media posts.

Thanks to Out Sports for the quote