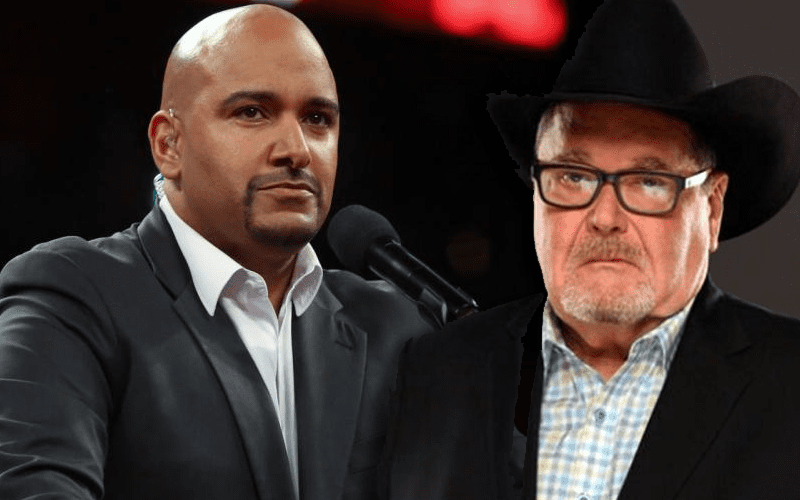 WWE pays very close attention to what is said on their television shows. Jim Ross recently told a very interesting story about a tactic they used on him after misinterpreting something he said on camera.

While JR interviewed Jon Moxley at Starrcast IV, he interjected a story about a time when he used the word “boy” in a sentence directed at Jonathan Coachman. Jim Ross meant no racial insensitivity at all by what he said, but WWE still made sure to point this out to him.

“So, all of a sudden that became a racial issue. I’m thinking, what? I had to go to Vince’s office with he and Stephanie and I had to watch the tape again and I had to apologize for my racial epitaph. I called him boy, not boy I was like, ‘boy, you better watch it.'”

“It’s a way [in WWE] of breaking you down sometimes where you begin questioning your sanity and skill level and I detested that. It’s a poor way of motivating talent whether you’re an athletic talent or an artistic talent you have to be motivated.”

“I think Jon experienced this if they believe that they couldn’t control you they went out of the way to make sure that you knew that they were watching your ass. Every move you made.”

Jon Moxley noted that it “felt like high school like you’re afraid of getting in trouble and sh*t, it’s weird.”

WWE does micromanage their talent, but they also have a lot of people backstage who can contribute to what goes on. They also have their own way of operating that might not suite some people. Jim Ross certainly felt the brunt of that on several occasions.