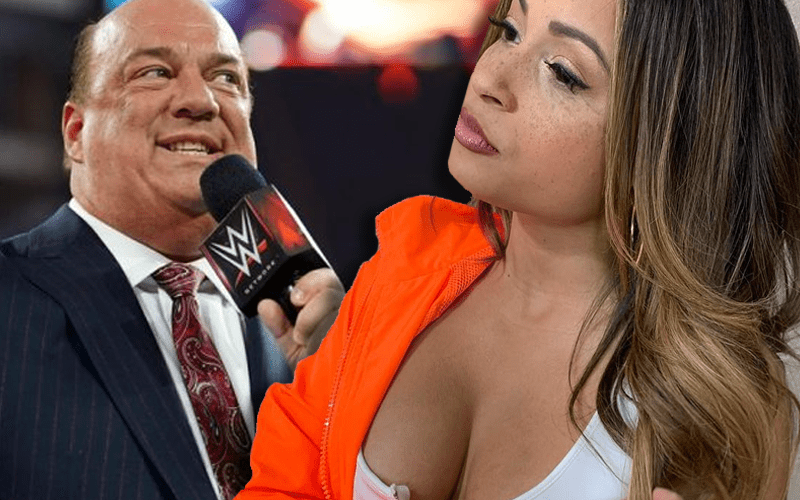 Paul Heyman has to be an interesting guy to get to know. He is very busy, but Heyman apparently still has time for backstage interviewers, especially Kayla Braxton.

In a tweet that sort of came out of nowhere a couple of days ago, Kayla Braxton tweeted out: “That Paul Heyman guy is kinda rude.” This sat for a while and Heyman didn’t have time to get to it immediately. After all, he is quite busy.

When Brock Lesnar’s Advocate finally got around to replying, he kindly asked Kayla Braxton to quit flirting with him.

Dear @KaylaBraxtonWWE,
Please stop flirting with me on Twitter with these “Paul is such a bad boy” comments.
I’m here for the work!
Sheeeeeeeesh!

Braxton replied back with an emoji depicting rolling eyes so Heyman’s message was apparently heard loud and clear. Perhaps Kayla Braxton will think twice before trying to engage Heyman in the future because he’ll just think she’s trying to flirt with him again.