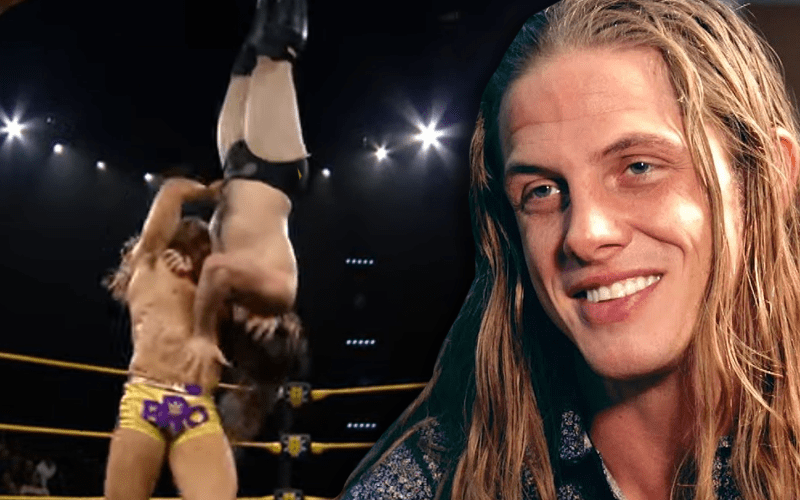 Matt Riddle threw out a tease that he’s working on one of Goldberg’s moves. The Jackhammer soon became the Brohammer once The Original Bro performed the move on NXT. He even pulled off the move during an EVOLVE event.

While speaking to WWE’s The Bump, Matt Riddle said he wants to take Goldberg to the limit in the ring. Then he addressed the fact that he’s now doing the Jackhammer and spear during his matches. As it turns out, this was just something he came up with at the time.

“You know honestly when I did it to Cameron Grimes the other day, I was just in there and I had a little extra time and I was like, ‘You know what? I’m just gonna hit you with a Jackhammer.’ So that’s how that went down, I didn’t call it or do anything, I just did it, you know?”

“The spear the other day, you know the Jackhammer got such a great reaction I was like, ‘Hey, why not do a spear? As you can tell, the crowd loves it. I’m like the new Goldberg.”

We’ll have to see whether Goldberg and Matt Riddle will eventually have a long-awaited match. This could be a pretty intense battle, but the finish might be the most interesting part because either one of them has the ability to close out the contest with a Jackhammer.