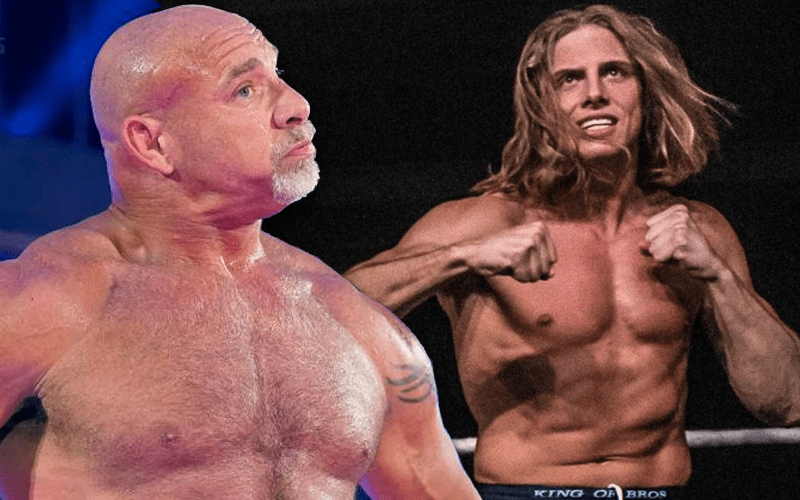 Goldberg’s matches typically aren’t very long at all. He generally hits a spear and a jackhammer before calling it a day. Matt Riddle has a much different match in mind for Goldberg.

While speaking to WWE’s The Bump, Matt Riddle was asked about Goldberg. He’s not the biggest Goldberg fan in the world and will admit that. It doesn’t change the fact that he sees Goldberg as a world-class athlete and he wants to push him to his limit in the ring.

“I’m a nice guy, but I’m gonna call it how it is. I’m not the biggest Goldberg fan. I think everybody knows that. I would love a match with him and I’d like to push him and take him to the limit and see what he can really do and show the world what he can do, you know?”

We’ll have to see what might happen if Goldberg and Matt Riddle ever do lock up inside the squared circle. Goldberg doesn’t come back very often, but he wrestled twice in 2019 when nobody was expecting him to.

The Original Bro definitely seems ready to see what Goldberg can do.