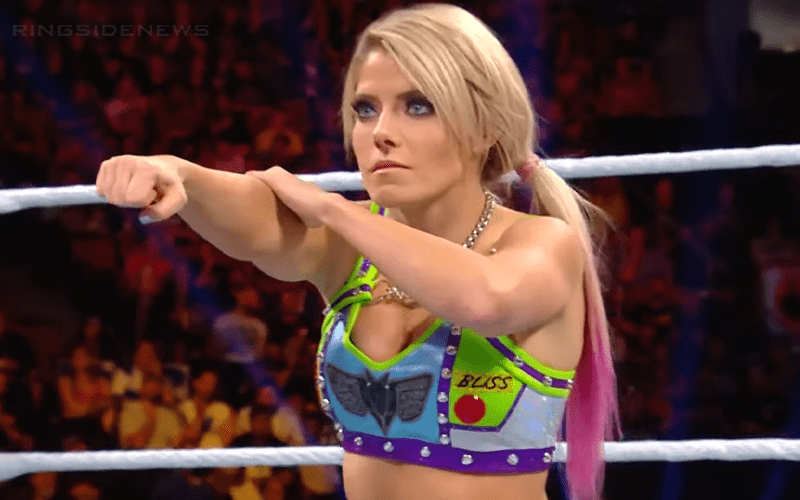 Alexa Bliss has not been on WWE television for the past few weeks. She is injured and reportedly dealing with a shoulder issue. She might not want people talking about it though.

Bliss recently reacted to a video posted by Ringside News’ official Twitter account. This video was simply informing fans of her current injury status as reported by Mike Johnson. He said there is no timetable for her return. Apparently, Alexa Bliss doesn’t want anyone talking about her injury status.

Maybe try cutting back on the pointless stories & stop worrying about my career. It’s just fine

We’ll have to see when Alexa Bliss is able to make a return to action. As we previously reported just because she returns to television doesn’t mean she’ll be back to wrestling full-time.