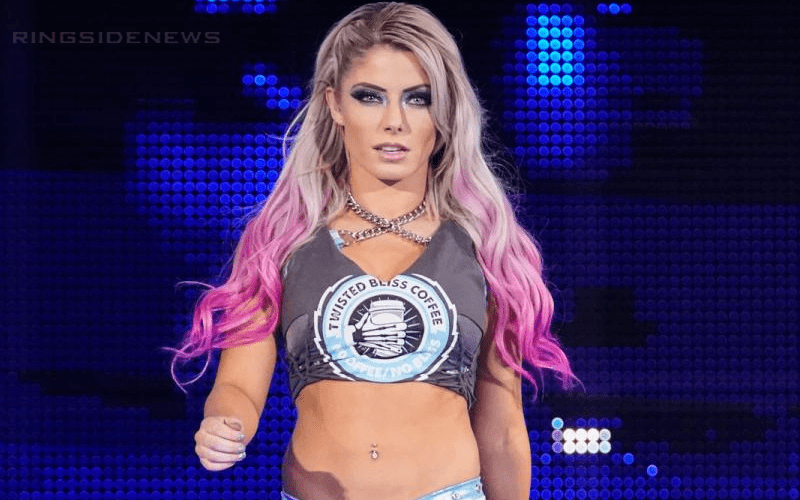 Alexa Bliss hasn’t been on television for a few weeks. She is currently injured with a shoulder issue and WWE hasn’t flown her in for television since this problem came up.

Brad Shepard reports that Alexa Bliss’ shoulder and neck is in “bad shape.” She will be out of action for a bit. Hopefully, her return will happen sooner than later.

It should also be noted that just because Alexa Bliss will be back on television doesn’t mean that she will be wrestling.

According to a source in WWE, Alexa Bliss is being kept out of action until the end of the European tour (mid-November). Someone let Mike Johnson know.

That doesn’t mean she’ll wrestle either. Just that she’ll be back on TV. It sounds like her injury may keep her from wrestling for a while (one source says possibly next fall).

I’m told her neck and shoulder are in bad shape and her MRI was much worse than expected.

Hopefully, Alexa Bliss won’t be out of action until next fall. The most we can hope is that WWE can find a spot for her on television in a non-wrestling role if she really does have to be on the shelf for that long.