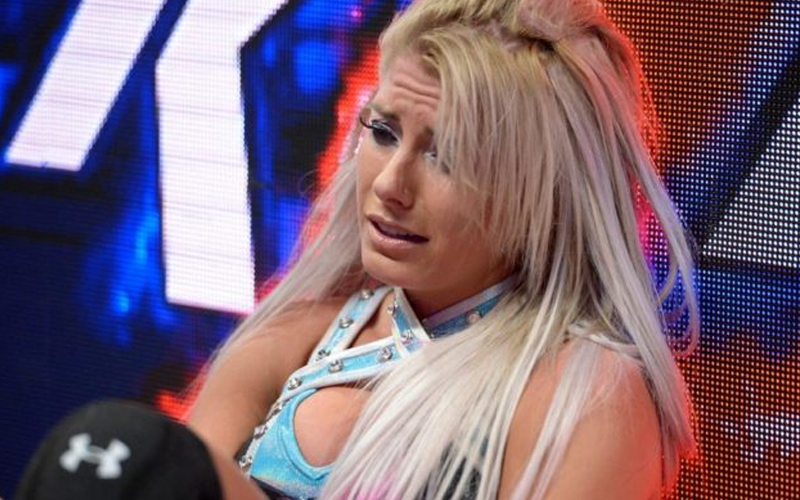 Alexa Bliss hasn’t been on WWE television for a few weeks. She was absent from Nikki Cross’ corner during her SmackDown Women’s Title match as well. There is a reason for that because she is currently injured.

Bliss needed to pull out of Ringside Fest this weekend. The reason they gave was that it was a personal issue and Bliss noted it was beyond her control. Becky Lynch filled in and also had some fun with the situation.

PW Insider reports that multiple sources have confirmed that Alexa Bliss is out of action with a shoulder injury. It was not noted whether she needs surgery, but there is also no timetable for her return.

It was also reported that WWE has not flown Bliss in for the past few television tapings.

Hopefully, Alexa Bliss can heal up fast. She’s had a bad string of injuries and only short stints in the ring for about a year now.