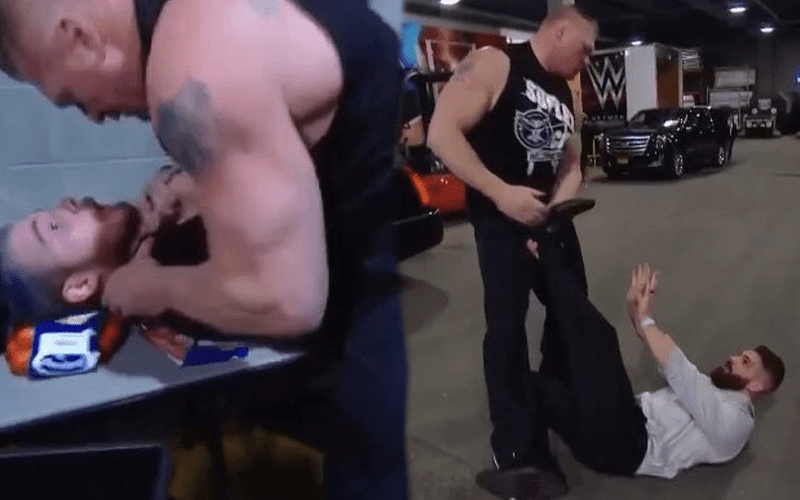 Brock Lesnar was not happy at all about having to look for Rey Mysterio. He patrolled the backstage area and laid waste to two poor “production assistants.” As it turns out, those were locally hired wrestlers.

The first man that Brock Lesnar destroyed was Aaron Rourke. He was the one with purple hair. Later on, Brock Lesnar encountered VsK when he pulled him from a car and then ripped the door off its hinges.

Both of those wrestlers come from the Create-A-Pro camp. It’s good that WWE is able to utilize local talent when they roll into town. The Viking Raiders’ victims were also local.