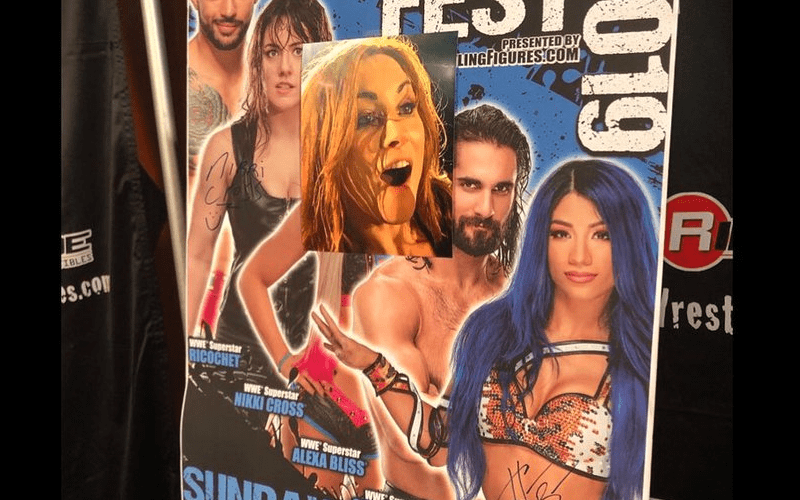 Alexa Bliss had to pull out of Ringside Fest, but Becky Lynch was able to step in.

This was the same convention where Sasha Banks debuted her new hair. There was a lot going on as Becky Lynch also took it upon herself to cover up Alexa Bliss’ photo since she was filling in anyway.

Ringside Collectibles tweeted out an image from the event and thanked The Man for supplying the photo.

Hopefully, whatever is going on with Alexa Bliss works out. She said it was beyond her control, but it’s a good thing that The Man could fill her spot.