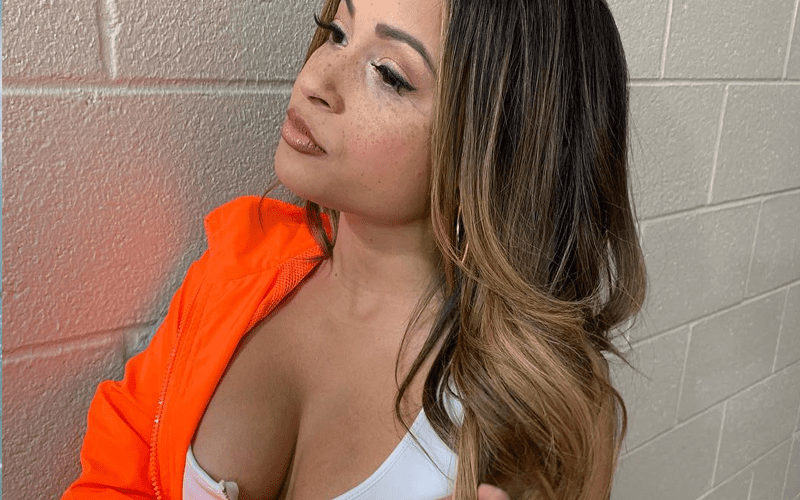 Kayla Braxton lights up the screen on SmackDown and WWE’s The Wrap. She’s not doing very well in her romantic life though, but she might have figured out why.

Braxton recently tweeted out that she just cancelled a date because she’s “too lazy” to get ready for it. Then she suddenly realized why she’s single.

I always wonder why I can’t seem to have a successful dating life. But here I am canceling a date because I am too lazy to get ready. By golly I’ve figured it out.

One fan tweeted out that they hope this guy doesn’t follow Braxton and she replied saying: “Me too.”

It’s hard to blame Kayla for wanting to relax at home instead of going out considering how many days she gets to spend off the road at this point. Apparently, Brad Camp has received some text messages about this tweet as well.