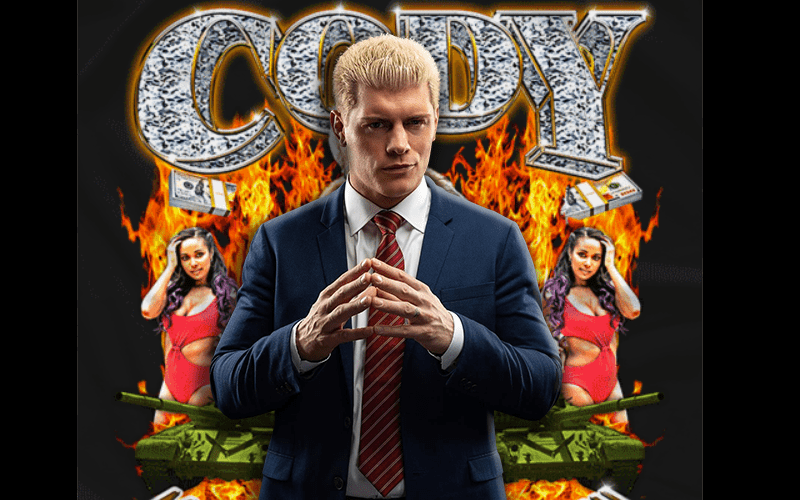 Cody Rhodes knows a good thing when he hears it. When Master P announced that he was getting into the pro wrestling game, all Rhodes could say was “uhh.”

Since then, Rhodes has made this somewhat of his catchphrase. “Make em say uhh” has been uttered by the American Nightmare on more than a couple occasions and the merchandising minds at AEW obviously noticed.

Rhodes tweeted out yesterday asking if fans wanted him to release “the most ridiculous piece of merchandise,” he’s ever seen. The response was overwhelming.

Undoubtedly the most ridiculous piece of merchandise I’ve ever seen…

A fresh shirt for me

Do you guys want to see it? If so, I’ll launch it tomorrow.

Fans wanted to see this shirt and it should be noted that one of the selections in the poll was “uhhh.” The next day, a t-shirt dropped showing Cody Rhodes looking like a No Limit Solider. They will probably fly off the shelves.