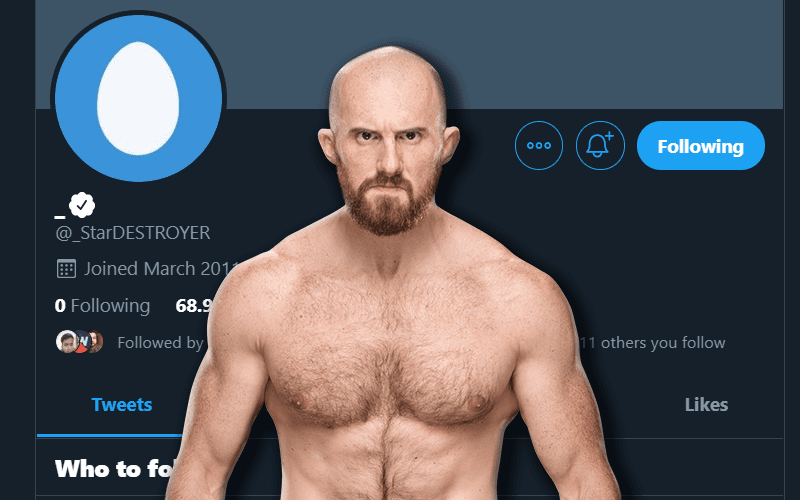 Oney Lorcan had one of the best Twitter accounts on the internet, but now every one of his former Tweets are gone.

Oney Lorcan is not only one of the most intense Superstars inside the squared circle, but his all-caps Tweets about “kicking ass” take him to another reality of rage-fueled Internet usage that even bots and troll farms don’t have the bandwidth to match.

Without mincing words, Lorcan tweets about what he’s going to do to his rivals and his passion for fighting.

During SummerSlam weekend, Lorcan tweeted that he camped out under a park bench to prepare for his WWE Cruiserweight Championship Match and followed up the tweets with an actual video of his emerging from under the bench to speak about the match. The Boston Brawler’s Twitter feed isn’t all trash talk though; he’s also been known to photoshop “Oney Rules” on other Superstars’ T-shirts and share photos of his grizzled father, who bribes Oney with llamas and issues paternal reminders that he can kick Oney’s, well, you know.

We invite you to click here for a great example of how hilarious his Twitter account really was as he told a story about Vince McMahon.

We are very sad because Oney Lorcan had the kind of Twitter account that you could just scroll down and every tweet in all capitalized letters was gold. Hopefully, he is starting with a clean slate to build something new. Either way, it’s a shame that all of that hard work went away with the click of a button.

He did tweet once more around midnight, but then he deleted it. Fortunately, we were able to grab a screen shot.

Dreaming of that face again

It’s bright and blue and shimmering

And comforting me with it’s three warm and wild eyes

On my back and tumbling

Down that hole and back again

And wiping the webs and the dew from my withered eye

That is very interesting. We’ll keep an eye on this story, but it looks like Oney Lorcan is doing things a bit differently on social media now.