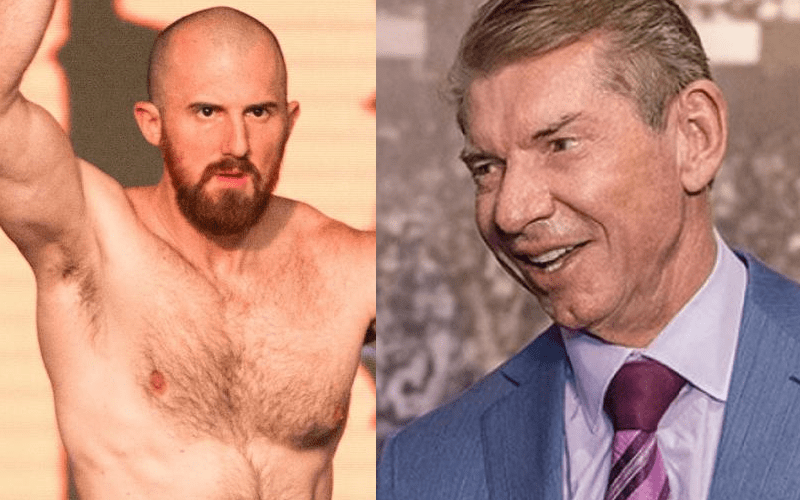 Over the course of the last few months, Oney Lorcan has been able to solidify himself as one of the top stars on 205 Live – after doing the very same thing down in NXT.

His capitalised outbursts on Twitter combined with his phenomenal in-ring abilities have led to him becoming something of a cult hero, and that feeling only grew with his recent Cruiserweight Championship opportunities against Drew Gulak.

While he didn’t capture the belt he certainly put up one hell of a fight, all the while managing to still entertain the masses on social media.

This recent anecdote is one of our favourites, and we just hope n our heart of hearts that it’s true and he hasn’t just made it up for comedic effect. Knowing Oney, though, it certainly seems like something he would do.

We could certainly understand why Vince would consider Oney to be one of his favourites, too, because he has all the skills that he enjoys. Oney is tough, he’s different, he has a unique look, and did we mention that he’s tough?

Whether or not he’ll ever get a chance to showcase himself on the main roster itself remains to be seen, but if that moment ever comes, it certainly feels like they need to spruce up his entrance music a little bit.

That’s just one little anecdote to consider, because aside from that, Lorcan is doing all the right things and is making sure that he’s getting the recognition he so richly deserves.