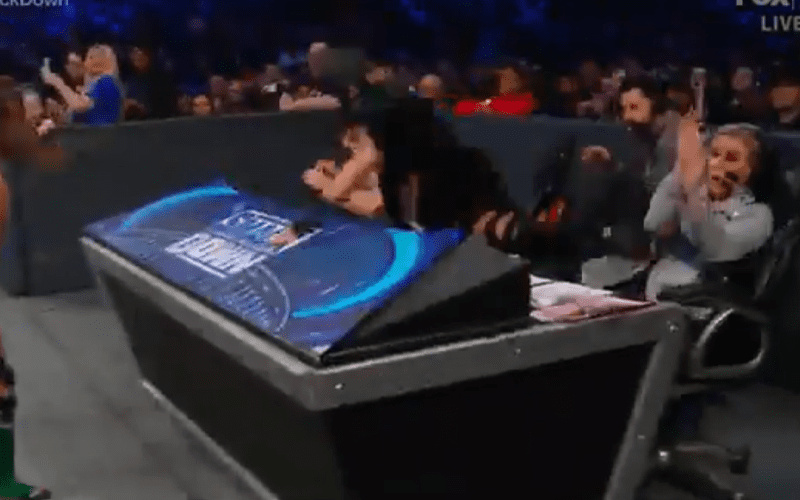 Renee Young is used to commentary, but she was previously on RAW and their announce table is across the arena from the action. There have been times when she had to get out of the way, but last night she had no sufficient warning.

Young found herself getting kicked in the face by Sonya Deville as Tegan Nox launched her over the announce table. This was a pretty direct hit and Young commented saying:

One fan asked her if she iced down her nose. She did not, but she made sure to get some whiskey to help her out. There is a reason why Jon Moxley and her are such a perfect couple.