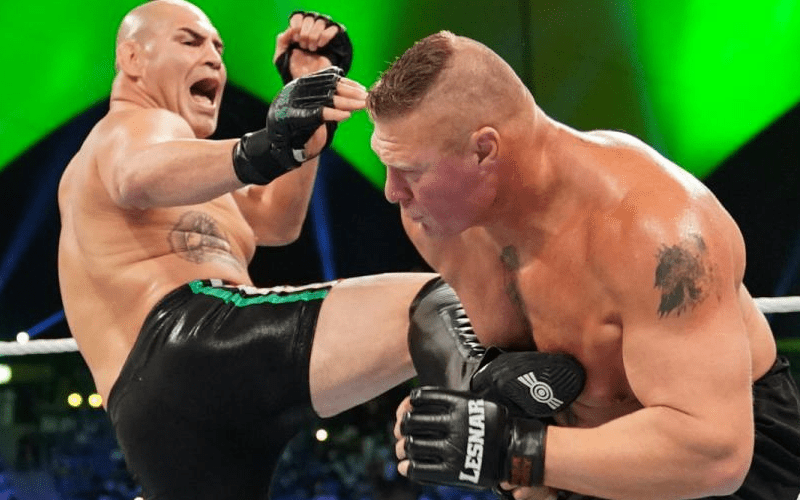 Brock Lesnar defeated Cain Velasquez with a Kimura Lock at WWE Crown Jewel. This got his UFC win back for him, but there’s a reason why the match was so short.

The Wrestling Observer Newsletter noted that WWE booked such a short match because Cain Velasquez is injured. His knee is apparently worse off than they first thought.

Velasquez’s knee was worse than expected. The idea was always for a short match, with the Paul Heyman style Goldberg match lay out of big moves, but with Velasquez’s knee in such bad shape, they changed it to a match where nothing much happened.

It was thought that Velasquez could have stem cell treatments, but now the belief is that he needs surgery. At this time there is no word on whether his scheduled tag team match with Rey Mysterio for Mexico City will happen later this month.