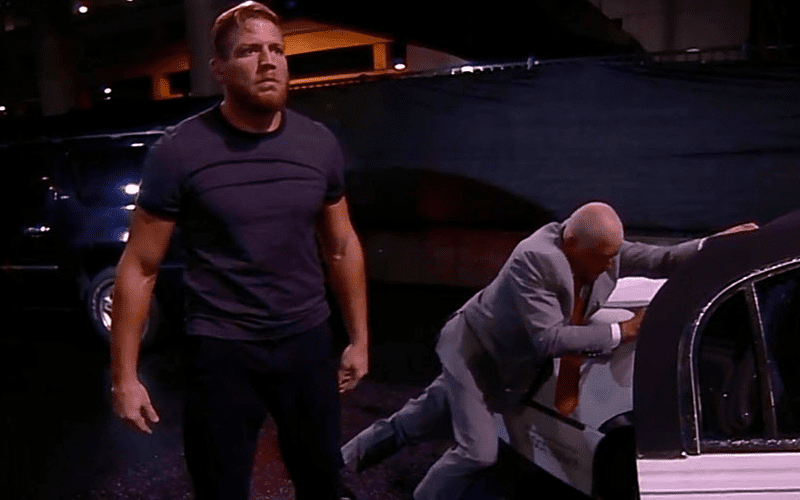 Dustin Rhodes took a beat down from Jake Hager during AEW Dynamite this week. His arm was slammed in a car door and it looks like the damage was done.

Rhodes tweeted out a picture of his arm in a cast. It appears that any match between Hager and Dustin Rhodes will have to wait because the former Goldust’s arm appears to be broken.

Hopefully this issue heals up quickly. This could be months out of the ring for Dustin Rhodes if he’s not kayfabed.