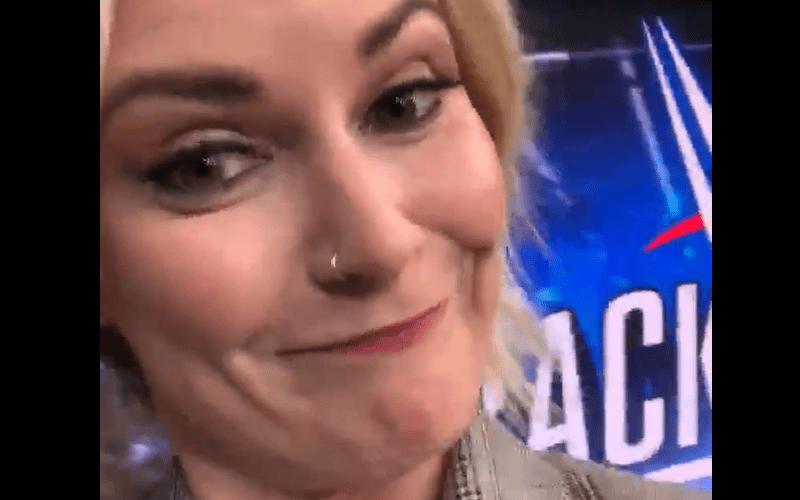 WWE Backstage will debut on November 5th. It will go down every Tuesday after that live on FS1 at 10:00 PM EST. They are wrapping up their final rehearsals for the show and Renee Young dropped a little teaser video on social media to hype the upcoming series.

“We are at our final rehearsals as we are set to go live for real, for real, for real with WWE Backstage,” Young said before revealing some guests they have lined up and then teasing a huge one yet to be announced.

Renee Young said they have a taped message from John Cena planned and Rob Gronkowski is going to check in as well. She also said their first guest will be announced on Friday Night SmackDown and it’s going to be a “very big deal.”

The fact that she said “very big deal” makes us wonder why CM Punk had a Fox Sports microphone in his hand recently.

This was followed by Samoa Joe walking behind Young and asking her if she’s got a new job on social media. Renee was offended and said she hopes that Samoa Joe’s pass gets revoked.