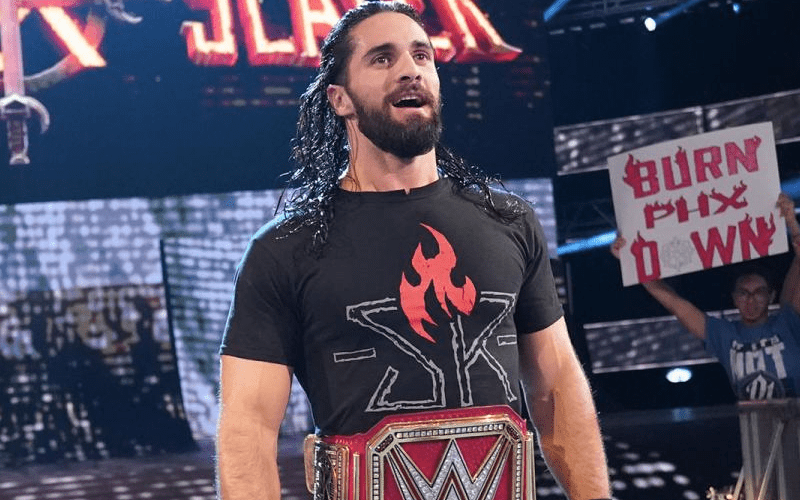 Seth Rollins and Bray Wyatt did everything they could to get their Hell In A Cell match over, but the fans in Sacramento destroyed the non-finish. This paled in comparison to the response that it garnered from the Internet Wrestling Community.

While speaking to WWE After The Bell, Seth Rollins explained how it feels to receive such a negative response from the IWC.

The Architect said that the same people who were rooting for him six months ago now say he’s not cool. It hurts his feelings, but all he can do is keep performing at a top level.

“You know you said ‘internet darling’ and the funny thing is you said it goes back to Tyler Black, but shoot, you could go back six months. You could go back a year ago from Hell In A Cell, you know what I mean. I was everybody’s favorite.”

“I don’t know what changed except for the fact that I became the person that they wanted me to be and then they hated me for it. So you know, it’s a very fickle audience. It is what it is.”

“To answer your question directly it feels awful. It is not a good feeling to go out there and put your body on the line — and not just at Hell In A Cell, every single night for the past however many years I’ve been doing it.”

“I go out and compete at an extremely high level and dare I say that I’m one of the very best at my job and I do what I have to do when I have to do it and look, it’s not always pretty, but you go out there and you do your job and you do it well. People don’t like it, and it is what it is, but it hurts your feelings.”

“You’re a human being. You go out there and work hard and it’s fine. You can have your opinion on it, but it’s a tough pill to swallow sometimes.”

Seth Rollins is set to defend the WWE Universal Title against Bray Wyatt at Crown Jewel. This is a very interesting booking decision as their falls count anywhere match will end with a definitive winner.

Since Rollins just won a falls count anywhere match against Erick Rowan on RAW this week it really makes us wonder what WWE is conditioning fans for next.