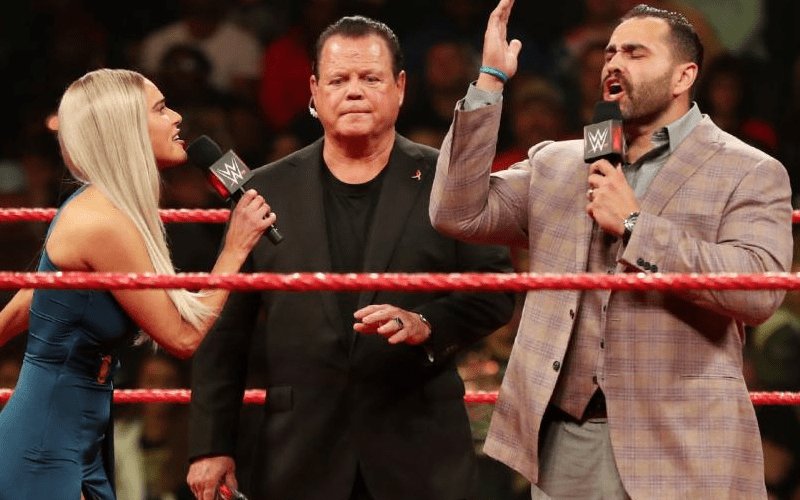 WWE decided to end Raw this week by continuing Lana and Rusev’s on-going angle. They had a big idea for Divorce Court with Jerry Lawler and then Lana screamed how Rusev liked to have sex in a lot of different places.

Former WWE referee Jimmy Korderas spent 22 years doing what Vince McMahon instructed of him. Now he is on his own and provided his opinion on a recent Reffin’ Rant.

“Today’s Reffin Rant is brought to you by the letter ‘A.’ Which stands for ‘are you freaking kidding me?’ This is still going on, and not only that — I needed a day to process this.”

“Your closing segment on Raw this week was that Lana, Rusev, Bobby Lashley segment? Man, okay here’s the thing. This segment is not resonating with anybody right now. So what does WWE do in their infinite wisdom? They double down and they say ‘We’re going to make it the closing segment on Raw.”

“I keep saying it and I’ll keep saying until this angle ends. I need Tommy Lee Jones and Will Smith to show up with that neuralyzer — that flashy memory thing and just wipe that whole thing outa my mind, please. Or, out of creative’s mind? Head to Stamford!”

Only time will tell what WWE’s plans are for Rusev and Lana. The Bulgarian Brute definitely needs to do something to get his heat back in a big way. Or, the Men In Black could be real and come in for the assist to just make everyone forget that ever happened.

That being said, the ratings might have dropped below 2 million for the third hour of Raw this week, but the video went viral in a huge way.