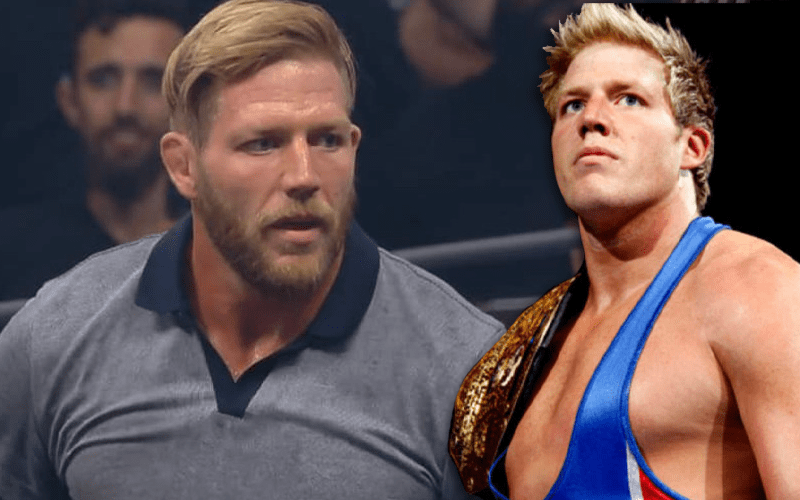 Jake Hager was granted his WWE release and then he was out on his own. He is now in AEW and feeling the freedom that former WWE Superstars who are in AEW now have expressed before.

While speaking to Wrestling Inc, he briefly discussed his WWE character. He said felt “choreographed” and went on to compare his experience with WWE as opposed to the situation he’s on now.

“As cool as Jack Swagger was, he felt choreographed. I look at that as a 20-year-old Jake Hager. Now, Jake Hager is in his 30’s, he’s been around the world a couple of times, he’s got culture, he’s got experience. He’s just a, smarter, more well-developed human being.”

Now AEW is presenting Jake Hager as an undefeated Bellator fighter. His last fight resulted in a no-contest because he kneed his opponent in the crotch. What better way to represent yourself as a pro wrestling heel in MMA?