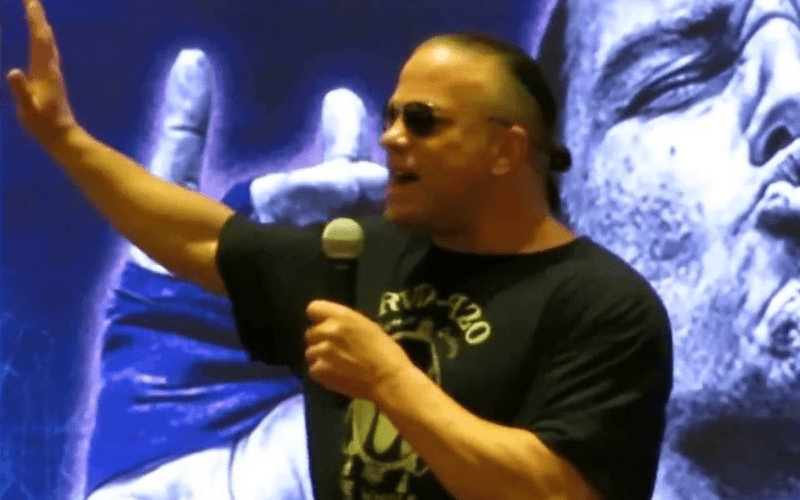 RVD seems to be happy in his newly single life. He is also seemingly enjoying his current run with Impact Wrestling as a heel. One thing he doesn’t enjoy is bad spelling. He also might not care much for AEW.

Rob Van Dam was just trying to engage with his Twitter followers when he took a little time to let people know about his direction in pro wrestling at this point.

When one fan tweeted out: “You should go to AEW it’s a better fit for you sir,” The Whole F’n Show had his own response.

You should quit telling me what I should do. Especially suggesting a down grade like that.

RVD said in the past that he joined Impact Wrestling because of the payday. It sounds like AEW might not be a possibility at this point. You never know what can happen in pro wrestling, but he’s certainly not about putting over All Elite Wrestling at the moment.