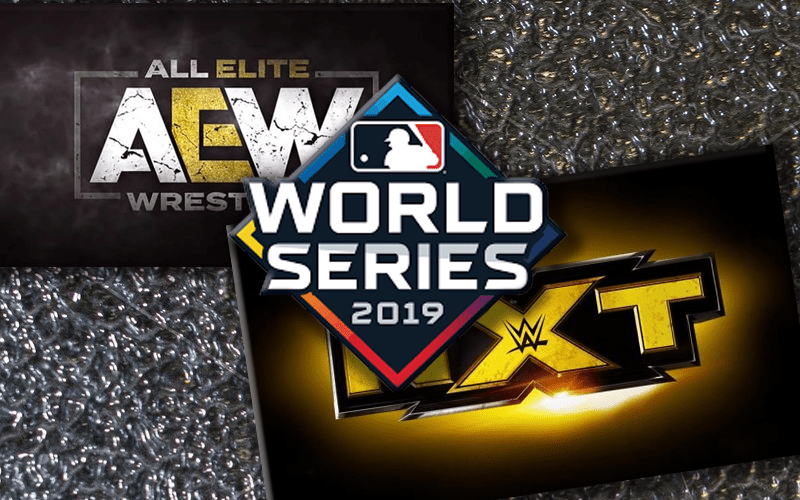 Tonight could be another tough night for pro wrestling on television. Both AEW Dynamite and NXT will air at 8:00 PM EST, but there will be heavy competition with game seven of the World Series.

While the Washington Nationals face the Houston Astros, pro wrestling fans will also have options. The networks are really hedging their bets to make sure that fans have the best chance possible to watch both NXT and AEW Dynamite.

TNT will air a repeat episode of Dynamite starting directly after the first episode. They’ve done this before, but it hasn’t remained consistent.

NXT is also airing more programming tonight. They will air a one-hour condensed version of last week’s episode before NXT goes live. Then they will air a replay of NXT after the episode goes off the air.

Hopefully, this extra availability will help fans catch the most action possible.