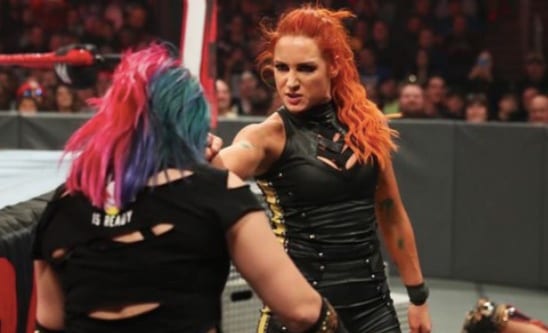 Becky Lynch’s next big feud seems destined to come against Asuka, and The Man is more than ready for the challenge.

The two have had many interactions and matches in general in the past, and Asuka always seems to have Lynch’s number. Now, though, with Becky being at her highest ever point as a professional wrestler, it’ll be interesting to see what kind of a dynamic we get between them.

Lynch rarely has to go out of her way to promote and hype matches on social media, but this time around, it’s just a quick reminder that has fans buzzing ahead of their inevitable showdown.

With Crown Jewel taking place tomorrow night the attention will quickly turn back to the road to Survivor Series, which is where we believe this is leading.

You’d think that Lynch retaining the RAW Women’s Championship is a given with a potential dream match against Ronda Rousey being right around the corner, but there’s always a chance that WWE could throw a curveball in there by giving Asuka a quick run with the strap.

Either way, we’re excited to see what transpires here, with both women being on the prime of their careers and being ready to prove that they are amongst some of the best superstars in the business today.

Whether their bout will main event a show like Survivor Series is a different matter altogether, but then again, there’s always a chance that the traditional RAW vs SmackDown theme takes over and pushes this match back a month or two.